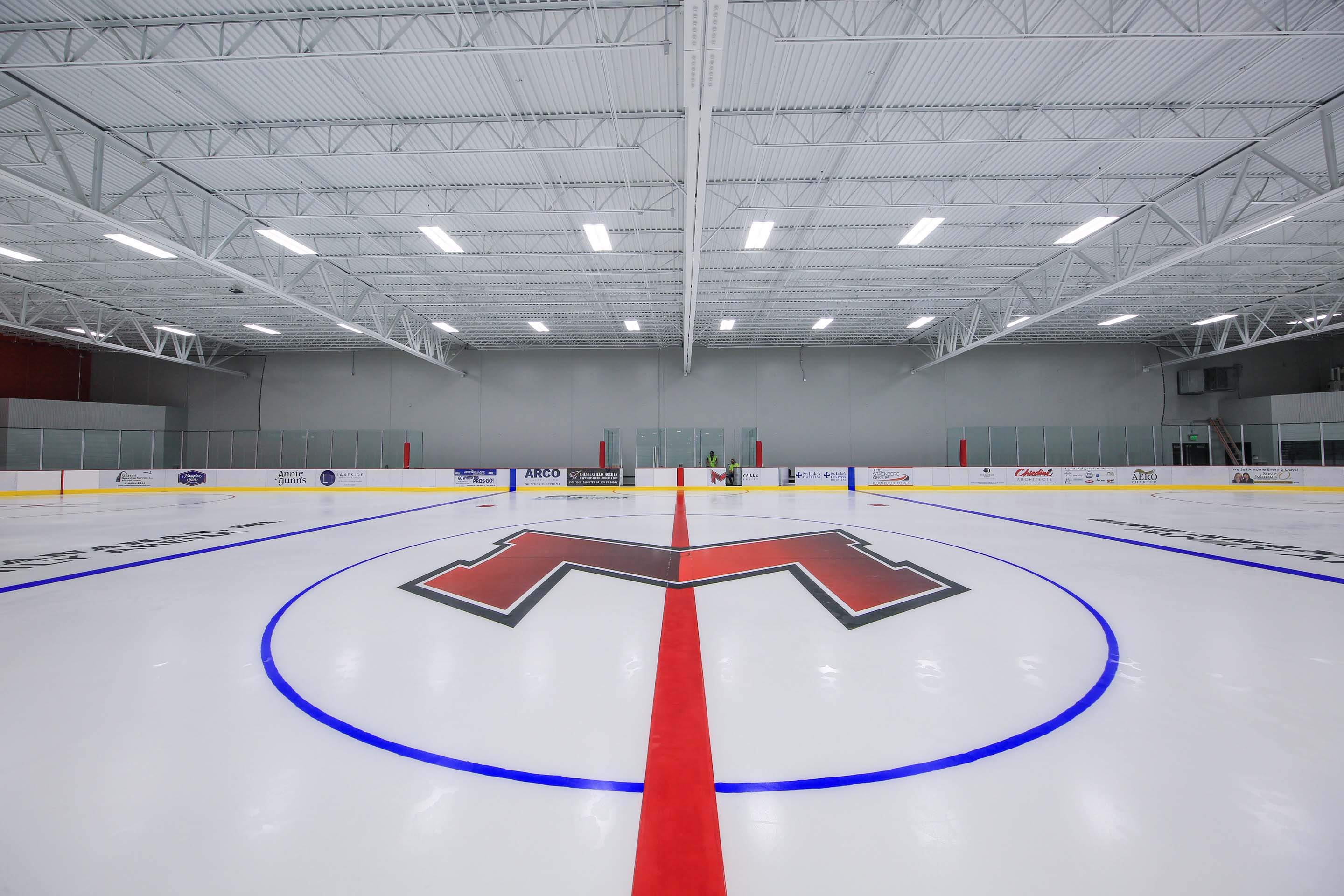 The puck has dropped at St. Louis’ newest hockey facility.

Operations have begun at the Maryville University Hockey Center, which held its grand opening Sunday. The facility is owned and operated by the Chesterfield Hockey Association.
The 84,000-square-foot complex includes two NHL-sized ice rinks, seating for about 2,000 spectators, a second-floor viewing platform, locker rooms, team meeting rooms and offices. The facility provides a replacement for the Hardee’s IcePlex, a three-sheet ice rink that was located in Chesterfield Valley and closed in 2017.
Maryville University is the largest leaseholder of the new facility, which will be the home facility for the university’s men’s and women’s hockey teams. Maryville entered into a five-year agreement for naming rights of the new $21.5 million ice complex.

Construction of the Maryville University Hockey Center began in fall 2018, with the Chesterfield Hockey Association working with The Staenberg Group and Mia Rose Holdings to develop the complex. Arco Construction Co. was general contractor on the project and Chiodini Architects designed the facility.

The development is funded through charitable contributions, bank financing and funding from the Chesterfield Valley Transportation Development District for public infrastructure improvements.

Chesterfield Hockey Association has continued fundraising during development to secure the project’s final costs. Mia Rose Holdings’ Tom Kaiman said the project is still probably around $250,000 short in fundraising, meaning the development will likely take on more bank debt than originally anticipated.  “But we are going to go back to a couple of the major donors and just see if they will finish that off,” Kaiman said.

In addition to Maryville U and the Chesterfield Hockey Association, users of the new ice facility will include the hockey teams of Chaminade College Preparatory School, Saint Louis Priory, and Marquette, Lafayette and Parkway West high schools.